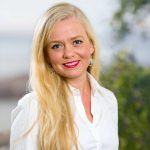 As the daughter of Hintsa Performance’s founder Dr. Aki Hintsa, Annastiina Hintsa has witnessed the growth of the company over the past decade. After several years of working in top management consulting, in companies such as McKinsey & Company, she was thrilled to take a leadership position at Hintsa in 2016. Over the years, Annastiina has closely observed the challenges faced by top executives, and personally experienced the pressure related to leading teams in a global setting. In addition to holistic wellbeing and better organisational performance, Annastiina is passionate about long-distance running.”

People will live and work for significantly longer than previous generations. They need to cultivate new skills, capacities and the flexibility that is needed to meet the demands of the rapidly changing society, technology and economy. Modern leaders will need to carefully consider their ways of working and living, so that they can pay attention to what matters most today and how to invest their time and energy appropriately tomorrow. With learnings from top-performers in sport and business, discover new perspectives to what is needed to nurture the skills and capacities that will be crucial for thriving in the next 100 years. 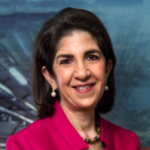 Fabiola Gianotti received her Ph.D. in experimental particle physics from the University of Milano in 1989. Since 1994 she has been a research physicist in the Physics Department of CERN and since August 2013 an honorary Professor at the University of Edinburgh. She is also a corresponding member of the Italian Academy of Sciences (Accademia Nazionale dei Lincei) and foreign associate member of the National Academy of Sciences of the United States.

Dr Gianotti has worked on several CERN experiments, and been involved in detector R&D, construction, software development and data analysis.

From 2009 to 2013, she held the elected position of project leader (spokesperson) for the ATLAS experiment, and had the task of presenting the results on the search for the Higgs boson in a seminar at CERN on 4 July 2012.

Gianotti has authored, or co-authored over 500 publications in peer-reviewed scientific journals and given more than 30 invited plenary talks at major international conferences in her field.

Gianotti was awarded the honour of “Cavaliere di Gran Croce dell’ordine al merito della Repubblica” by the Italian President Giorgio Napolitano. She received the Special Fundamental Physics Prize of the Milner Foundation (2012), the Enrico Fermi Prize of the Italian Physical Society (2013) and the Medal of Honour of the Niels Bohr Institute of Copenhagen (2013).

On 1st January 2016 she became the first female Director-General of CERN. 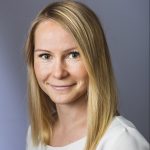 IT Company Vincit’s HR director Johanna Pystynen joined the crew in 2012. She was given the task of creating a human resource management model that meets the needs of a modern specialist organization in the best possible way.

To date, Vincit has journeyed through bold experiments into becoming a software development and ICT service house with 400 employees and a 100% customer satisfaction guarantee. Vincit has won a number of HR awards, including the Best Staff Act award. Moreover, Vincit is a three-time winner of the Best Workplace in Finland Award (2014-2016) and awarded with Best Workplace in Europe in 2016.

Johanna Pystynen, who was included on the Workforce Game Changers list in 2015, has been a key figure in building Vincit’s successful corporate culture where self-direction, significance of work, and employee involvement are of crucial importance. At the moment, Johanna is working on making Vincit better than ever in the midst of merger and listing activities, and exploring leadership from a whole new perspective – as a customized service.

Leadership as a Service – case Vincit

Every employee has their own personal way to manage their work and everyday life, so it goes without saying that the need for external leadership is different for each employee. At Vincit, we don’t try to offer the same leadership solutions to every employee. Instead, we give everyone the opportunity to receive just the right leadership support based on their personal needs, kind of a service for leadership.

In order to make managing one’s self as easy as possible, we have developed Vincit LaaS. Vincit LaaS is an online service that helps people to manage themselves more easily and effortlessly than ever. The data gathered when using the service can be used to further develop the service.

All in all, the management philosophy of Vincit challenges the traditional managerial approach. At Vincit we focus on our employees and their abilities to work self-guided and to lead themselves – this approach helps us to face the challenges of a growing business and leads to greater agility. 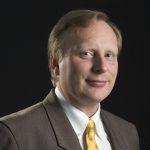 Dr. Markus Nordberg is the Head of Resources Development of the Development and Innovation Unit at CERN, Switzerland. He is currently involved in launching a sensor and imaging R&D initiative called ATTRACT (www.attract-eu.org) aiming at both scientific and societal impact. He also manages the new IdeaSquare initiative at CERN (cern.ch/Ideasquare) that hosts detector R&D and society-driven MSc-student projects. Prior to this function, he served 12 years as the Resources Coordinator of the ATLAS project at CERN (www.atlas.ch). He has also served as Visiting Senior Research Fellow at the Centrum voor Bedrijfseconomie, Faculty ESP-Solvay Business School, University of Brussels, and as a member of the Academy of Management, Strategic Management Society and the Association of Finnish Parliament Members and Scientists, TUTKAS. He has a degree both in Physics and in Business Administration. 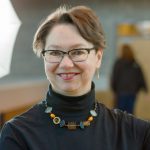 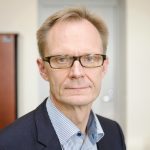 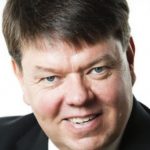 Petteri Taalas is the Secretary-General of World Meteorological Organization. He was elected by the World Meteorological Congress in 2015 for a four-year term. He has acted as Director General of the Finnish Meteorological Institute from 2002 to 2005 and again from 2007 to 2015. In 2005-2007, when he worked as the Director of the WMO Development and Regional Activities Department in Geneva. He is also Finland’s permanent representative in the WMO and has been a member of the Executive Council 2008 – 20154

Climate change is a major threat for the mankind

Climate change is already observed. The growth of carbon dioxide and other greenhouse gas concentrations have already led to the warming of atmosphere by more than one degrees Celsius as well as the oceans. 75 % of the Arctic sea ice mass has been lost since 1979. The costs of weather related natural disasters has grown threefold since 1980â€™s. The hurricane season of 2017 has led to record breaking economic losses. The major impacts of climate change are related to loss of agricultural land, economic losses and growing potential for humanitarian crises and refugee problems in less developing countries. On the other hand means for climate mitigation have become more affordable and attractive for investors. 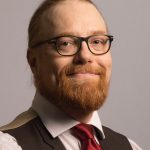 Samuli Siltanen
Professor of Industrial Mathematics at University of Helsinki

Samuli Siltanen
Professor of Industrial Mathematics at University of Helsinki

Samuli Siltanen works as Professor of Industrial Mathematics at University of Helsinki. He is an expert in computational inverse problems of medical imaging. The focus areas of his research are electrical impedance tomography and three-dimensional X-ray imaging with reduced radiation dose. Professor Siltanen has 6 years work experience in medical imaging industry (GE Healthcare), bringing a sense of the end-users’ needs to his academic work as well.

Tomography is based on recording two-dimensional X-ray images of a patient along different directions of view. A mathematical reconstruction algorithm is applied to the set of images, resulting in a three-dimensional internal model of the patient. In traditional CT scans one collects hundreds of images and produces a high-resolution 3D model. However, such a scan delivers a hefty dose of radiation to the patient. The amount of radiation can be reduced by taking fewer images, but the n the mathematical reconstruction problem becomes much more difficult. Modern inversion algorithms can overcome these difficulties and provide doctors with 3D models good enough for the clinical task at hand. Examples are presented related to dental imaging and to bone quality assessment. The sparse-data tomography methods also apply to a wide variety of problems outside medicine, for example monitoring the ozone layer by satellite measurements of star occultation. 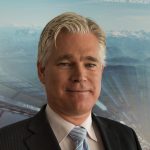 Sijbrand de Jong
The 22nd President of the CERN Council

Sijbrand de Jong
The 22nd President of the CERN Council

De Jong received his doctorate in 1990 from the University of Amsterdam in the Netherlands for his contribution to the design of a novel multiprocessor system for the ZEUS calorimeter trigger at Germany’s DESY laboratory. The trigger has the role of making extremely rapid decisions on which data to record and which to discard. Following his doctorate, he became a Fellow at CERN, where he worked on the OPAL detector at the Laboratory’s LEP accelerator until the late 1990s. He then moved to Fermilab in the US where he was deeply involved in the hunt for the Higgs boson at the Tevatron. De Jong is currently active in astroparticle physics, participating in cosmic ray research at the Pierre Auger Observatory. From 2004 to 2008 he was a member of the Large Hadron Collider Committee at CERN, and since 2010 he has been a delegate to the CERN Council. Furthermore, he was the Dutch representative of the CERN Council Strategy Groups in 2006 and 2013. Since 1998, De Jong has been a staff Member at Nikhef and has taught introductory and advanced high-energy physics courses at Radboud University Nijmegen. He is Knight of the Order of the Netherlands Lion. 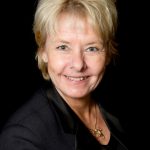 Ambassador Hakala was appointed Permanent Representative of Finland to the United Nations Office, WTO and other international organizations in Geneva in September 2016. Prior to that she served as Director-General of the Department of Russia, Eastern Europe and Central Asia at the Ministry of Foreign Affairs of Finland since 2012. From 2009 to 2011, she served as Ambassador of Finland to India, Bhutan, Bangladesh, Sri Lanka, Maldives and Nepal. From 2007 to 2009, she was Head of the Organization for Security and Cooperation in Europe (OSCE) Mission to Georgia, Tbilisi, and from 2004 to 2007, she was the roving Ambassador to Armenia, Azerbaijan and Georgia, Ministry for Foreign Affairs.

A career diplomat, Ms. Hakala, has also served as Director of the Unit for Eastern Europe and Central Asia at the Ministery for Foreign Affairs from 2001 to 2004; Deputy Head of Mission at the Embassy of Finland in Moscow from 1998 to 2000; Deputy Consul General at the Consulate General of Finland in St. Petersburg from 1996 to 1998; and Finnish Co-Chairmanship of the Organization for Security and Cooperation in Europe Minsk Conference on Nagorno-Karabakh from 1995 to 1996, among others.

She has a Master of Arts from Åbo Akademi, Finland. 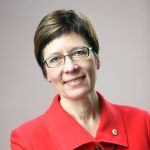 Tuija I. Pulkkinen is Vice President for Research and Innovations and Professor of Space Science and Technology at Aalto University in Espoo, Finland. Prof. Pulkkinen is a recognized space scientist working in the field of solar influence on the Earth’s space environment. Prof. Pulkkinen graduated from the University of Helsinki in Finland with a PhD in theoretical physics (space physics) in 1992. She joined the Finnish Meteorological Institute in 1988 and led the space research group there from 2003 until leaving for Aalto University in 2011. Her international experience includes two extended visits to U. Colorado in Boulder in 1996-1997 and to Los Alamos National Laboratory in 2006-2007. Prof. Pulkkinen has held numerous positions in international and national scientific organizations, including presidency of the European Geosciences Union. She is a member of the Finnish Academy of Sciences and Letters, Royal Astronomical Society, Academia Europea, and a foreign associate of the US National Academy of Sciences.

Aalto University is a multidisciplinary university combining science and technology with art, design, and business. The Aalto vision for “Innovative Society” is based on world-class research excellence combined with an active effort to develop research results for innovations and IP that can be transferred to wider use for the benefit of the society and the economy. The Aalto innovation ecosystem around the main campus in Otaniemi has undergone a major transformation from an academic campus to a lively ecosystem with research institutions, companies, startups, creative industries and even two high schools operating within the same buildings in lively interaction with one another. Strong emphasis on multidisciplinarity in both research and education has facilitated and accelerated growth of activities that require such approaches: Building full-blown spacecraft as student effort and developing the concept to several startup companies is one excellent example of tackling difficult challenges and going through all it takes from mechanical engineering to space legislation. 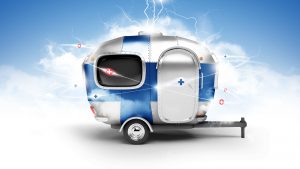 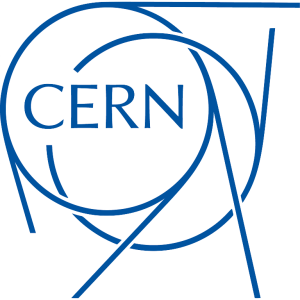 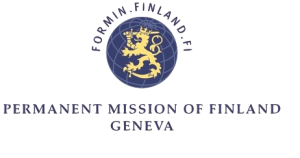